Amrut Mishra is a PhD student in the Department of Communication and member of the Women’s and Gender Studies graduate certificate. He is the 2020-2021 CPA Public Engagement Fellow. He teaches and researches in the areas of rhetoric and cultural studies, with an underlying focus on transnational feminist practice. In particular, his research pursues the interventions of contemporary textile artists who stage the colonial histories of fabric and fashion through installation art. Ryne Beddard is a PhD student in the Department of Religious Studies. He is researching religion, race, and place in the American South, with an emphasis on the antebellum tidewater region of Eastern North Carolina. Sierra Roark is a PhD student in the Department of Anthropology with a specialization in archaeology. She is the 2020-2021 Charlotte Hawkins Brown Public History fellow. Sierra’s work investigates the exchange of ecological knowledge and plant use in the American South and Middle Atlantic. At the Charlotte Hawkins Brown Museum, Sierra plans to design an exhibit exploring African American medicinal practices in the American South. Using archaeological plant remains, material culture, folklore, and other lines of evidence, Sierra works to discover details about the lives of individuals often left out of the historical record and acknowledge the resilience and ingenuity of past peoples. 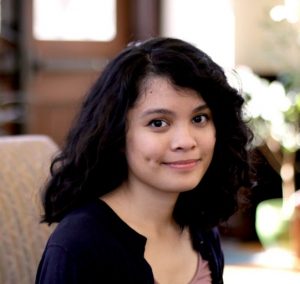 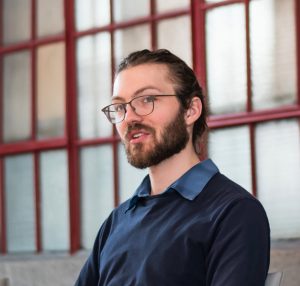 Pierce Holloway is a graduate fellow working with Latino Migration Project under the Building Integrated Communities (BIC) initiative. The BIC initiative is a state-wide program launched in 2010 with the mission of helping NC local governments engage with immigrant and refugee populations to enhance communication and promote economic development. His work with the Latino Migration Project is focused on visualizing and analyzing city immigration data and patterns to inform and influence city policies. Pierce is a first-year master’s student at the Department of City and Regional Planning with a focus on Climate Change Adaptation. Before coming to Chapel Hill, he worked as a geospatial analyst for Urban3, working on visualizing economic productivity of communities and states. Through this fellowship position his work will aid in the larger goal of a more equitable and resilient society with representative leadership among local governments. Vonnie Smith is an Interdisciplinary Documentary Artist, whose work considers the various ways that ingenuity manifest in everyday life. Working in various material and mediums, Quest situates his work within the sphere of collage, documentary, and experimental cinema practices. Influenced by Family history, Surrealism, and Hip Hop, he makes things that site the methods of these disciplines while building community and offering a transformative experiences for his audience. He received his Bachelor of Fine Arts from the University of Wisconsin-Milwaukee in Interdisciplinary Art studies. His films have been featured in group exhibitions and film festivals both nationally and internationally. He has shown work at the Milwaukee Film Festival, Milwaukee Short Film Festival, Gallery 400 in Chicago, IL, Hayti Heritage Center in Durham, NC, The Unseen Festival in Denver, Colorado, Kennilworth Square East Studios in Milwaukee, WI, Var Gallery and Studios in Milwaukee, WI, The Annual Heritage Film Festival in Baltimore Maryland, and The National Museum of African American History in Washington D.C Katrina Marks is a PhD Student in Communication. Her interests are the intersection of public memory, material rhetoric, trauma and identity. Her previous research has looked at how particular historical tourism sites depicting the history of slavery in Zanzibar, Tanzania have worked to represent and constitute the identities of the various groups involved. She is currently exploring similar themes in the context of the remembrance of American slavery. Justine Orlovsky-Schnitzler is a second-year graduate student in Folklore, researching the music of Jewish partisans during the Holocaust as performed for a modern audience. She’s a regular contributor to the Jewish Women’s Archive and Lilith magazine, and serves as a student researcher on Dr. Seth Kotch’s revived Red Record project. Prior to graduate school, she worked with No More Deaths/No Más Muertes in Tucson, Arizona. Lara Lookabough is a grad student in the Geography Department.