During  What Now? the 2021 HPG Symposium, we charged three artists to collaborate with grad students to create new works based on their original scholarship. The artist/scholar pairs met for two months ahead of the symposium and then debuted their work to a live audience. Read about each of our contributors and see their art below.

Iris Gottlieb is an illustrator and author best known for using art to demystify complexities of history, science, sociology, and her own experience. Passionate about race and gender equity in classical music, Elias Gross comes to UNC with a background in arts administration, music education, and viola performance. Gross is currently studying the life and music of Aunt Molly Jackson, a feminist icon and folk hero, on which Iris’s illustration is based. 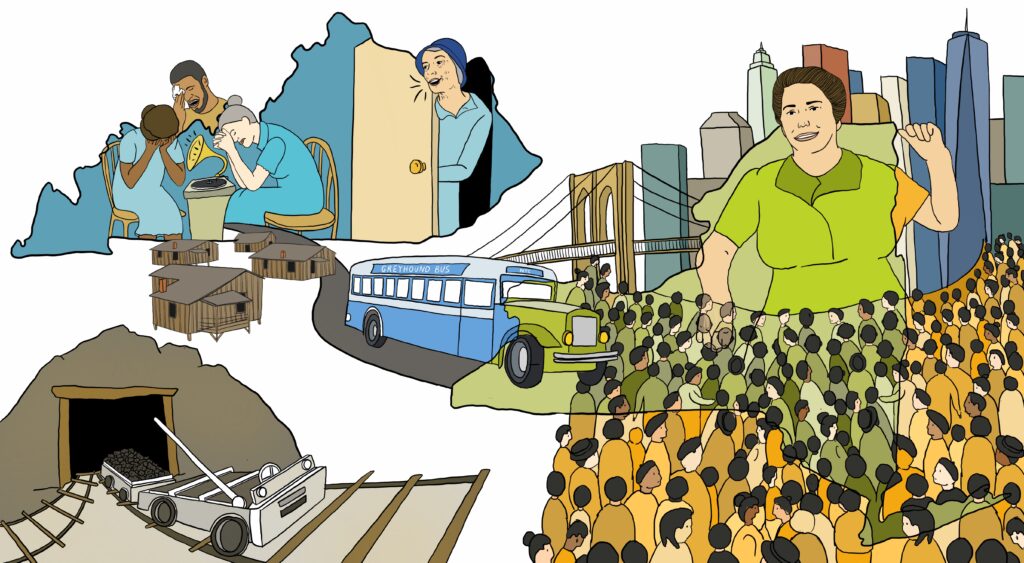 Kamara Thomas is a singer, songspeller, mythology fanatic, and multidisciplinary storyteller based in Durham, NC. Deanna Corrin is a PhD student in Geography studying feminist political geography, health geography, political ecology, and wildfires. The music and visuals Kamara devised bring Deanna’s work on the devastation of the Paradise wildfire into perspective, capturing the concept of solastalgia: emotional distress from environmental change.

Jessica Q. Stark is a mixed-race poet and scholar that lives in Jacksonville, Florida. Jacob Griffin  is a PhD student in Anthropology on the Biology, Ecology, and Evolution Track. He studies the deterioration of physiological functions associated with advancing age due to inflammation dysregulation. The poem and accompanying art Jessica created beautifully folds Jacobs research into her own creative work about the body and her mother’s life. Read it below. 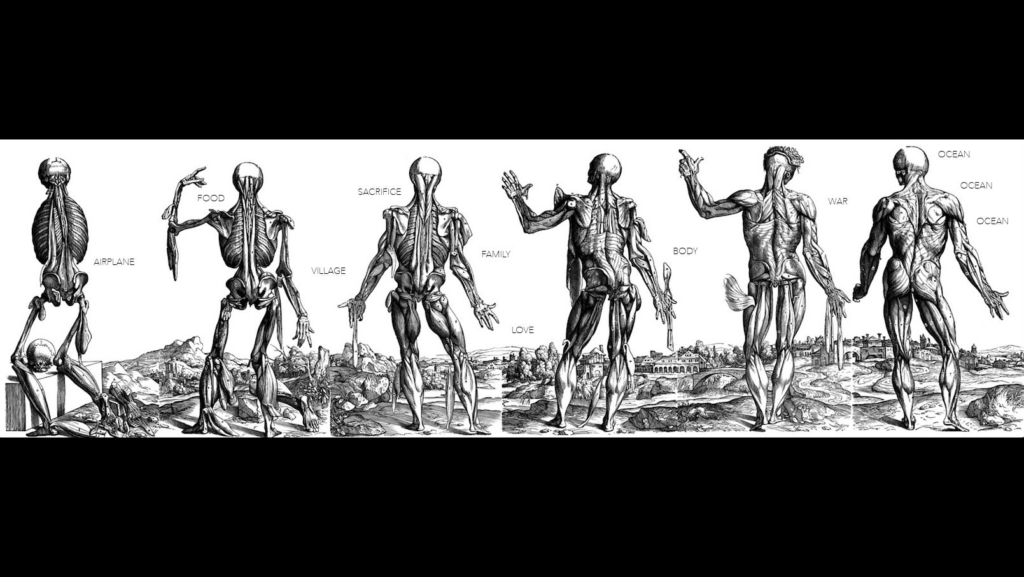 Eros is everywhere. It is what binds.

the archetype of a shape

small desires at the end

of my arms and nose

of houses and undone

This is a memory test. I am going to read a list of words

that you will have to remember now and later on. Listen carefully.

When I am through, tell me as many words as you can remember.

It doesn’t matter in what order you say them.

a clock’s antidote to

an absence, a little

about her death, what

time it will be

fabric of her body

a little incantation as

the food between us

that she lets rot

I am going to read the same list for a second time.

Try to remember and tell me as many words as you can,

including words you said the first time.

What of a village?

years later to a hole in

her body, my body

you can resist death,

but you can’t refuse

she says the first time

she saw the ocean

she was up so high

now and dyes her hair

what is an age,

but a finite template

I will ask you to recall those words again at the end of the test.

Notes:
This poem was written in collaboration with Jacob Griffin’s research on inflammation, pathogen exposure, physical activity and aging from his dissertation, “The Role of Adiposity Induced Inflammation in Biological Aging.”

The questionnaire language is extracted from the Montreal Cognitive Assessment (MoCA) Administration and Scoring Instructions.

Annotated illustrations are woodcut excerpts from “De Humani Corporis Fabrica Libri Septem” (“On the fabric of the human body in seven books”) written by Andreas Vesalius and published by Johannes Oporinus in May 1543. One of the earliest accounts of anatomical illustrations, these woodcuts were recompiled as a “six-series” side-by-side by Harvey Cushing in “A Bio-Bibliography of Andreas Vesalius” (1943).